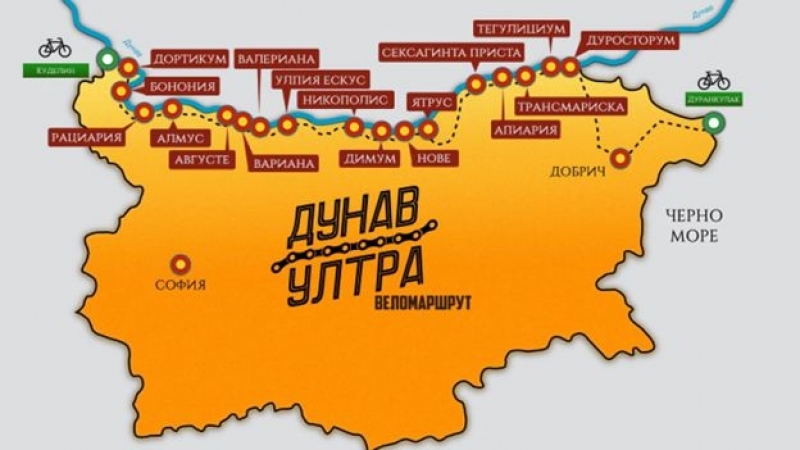 Last week, 150 cyclists from Bulgaria and Romania travelled through the cycling route "Danube Ultra", from the city of Vidin to the village of Durankulak, with a common cause – promotion of over 110 settlements - cities and villages, where the route passes through.

Nearly 40 cyclists from neighboring Romania took part in the traditional bicycle marathon this year. The most well-prepared participants had the goal of covering the 700 km distance in less than 48 hours, but the main groups covered the course on schedule in 5 and 10 calendar days.

The Danube municipalities mobilized their efforts to promote the region as extremely suitable for nature adventures, sports and cultural routes. Because of that, specially made flags with the names of the settlements were erected in various places, the photos of which the cyclists shared on the social networks. Thanks to the efforts of all partners, our picturesque Danube towns and villages were reflected on social media with over 8,000 photos.

Both participants and organizers were unanimous, that the “Danube Ultra” cycling route has strengthened its position as the №1 cycling route in Bulgaria and has all the prerequisites to establish itself as the most popular one in the Balkans.